It is Halloween and I sincerely hope NIGHTMARES
don't scare you....cause I got one for ya! 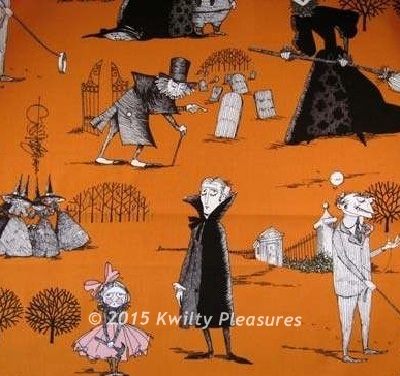 I saw this fabric when it was release but geeze
it was Halloween orange and black.

This print in a new and modern gray, white and pink
caught my eye Halloween eye!
I made this kwilt using "Sidelights" pattern
Sorry for the bad photo, but it's all I have! 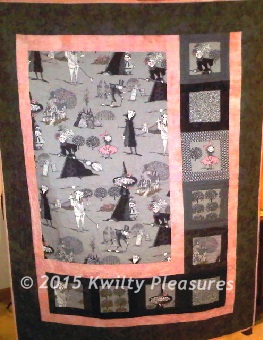 Who knew all these years later I would want ORANGE!
The hunt was on and finally...I had enough fabric
to make 9 Nested Churn Dash Blocks
(24" squares)

It was dreamy..no nightmare yet! 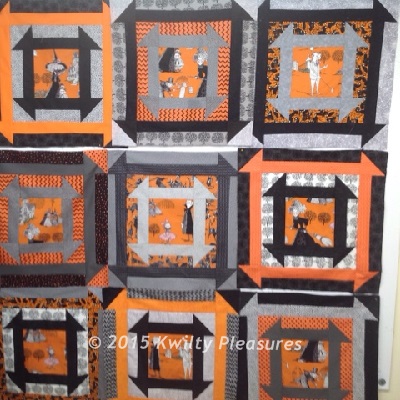 Left over pieces were used in the backing. 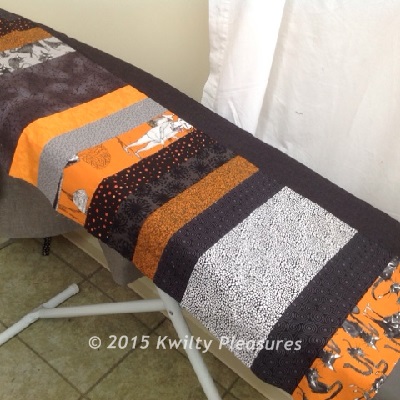 Sewed the top together and OMG...Ghastlie ghoulishness
beyond my wildest dreams  ! 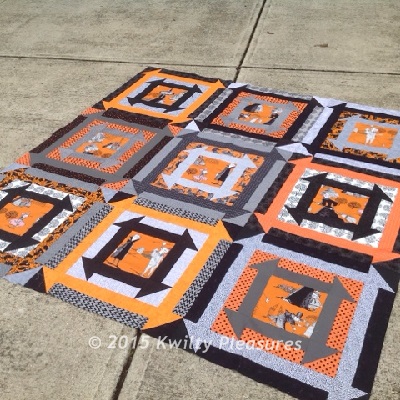 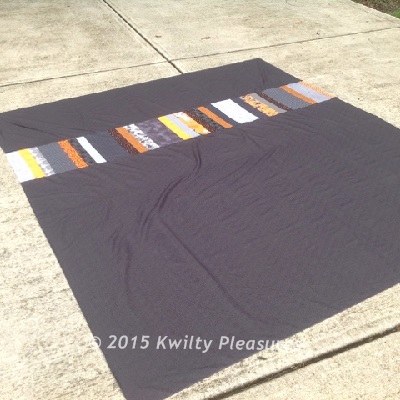 I decided to "send this one out" to my professional longarmer.
I used an app called "Doodlebuddy" on my iPad
that allows me to draw over pics and then save the pic
Looks good...right?
Black thread for the web...right? 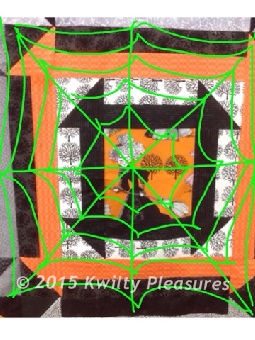 and little webs in the cornerstones...
This is gonna frickin rock the tombstones!  right? 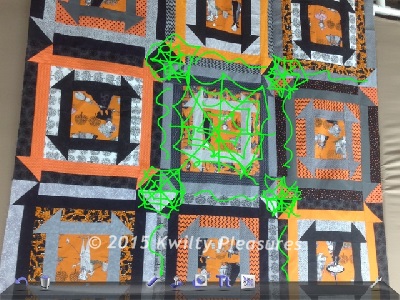 WRONG...when I got the kwilt back
(no fault to the kwilter)
My Orange Ghastlie nightmare began!
I was NOT happy with it!
What I thought out in my head
DID NOT appear with needle and thread!

The spiderwebs were spaced to far apart.
The black thread was in my face and
just looked like lines going every frickin way!

Here is a "before" pic 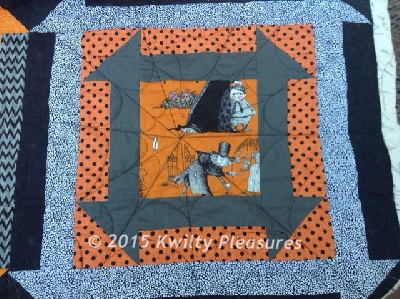 I left the spider webs on the center squares
and added some more straight lines to make it more visible.
Picking out the stitching was VERY difficult
Apparently, spider webs need double lines...one on top the other.
But I kept after it...one block at a time!
I rekwilted each block, matching thread, meandering
"After pic"
Much easier on the eyes 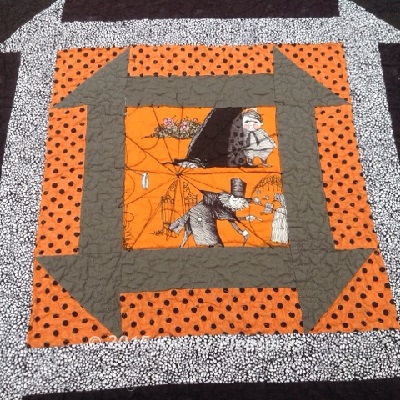 It was worth every cursing, patience-testing second...
All finished and I named it...
"Orange You Glad It's Done" 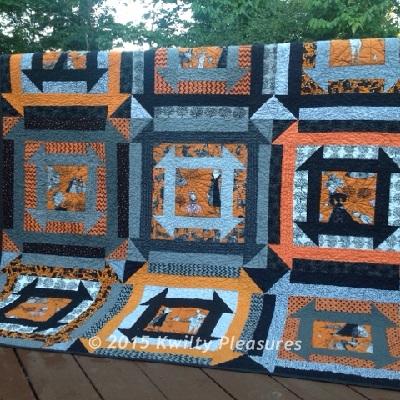 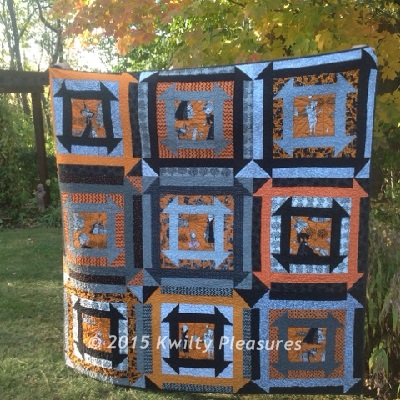 Tell me your worst kwilting nightmare!

GOING GREEN WITH GHASTLIES and GRISLIES!

Halloween in creeping in and I am here to tell ya
It's GONNA BE GHASTLIE! 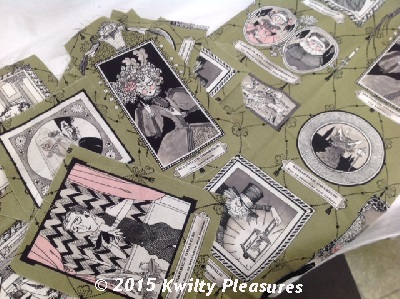 DID YOU KNOW???
The Ghastlie's family also have Grislies
Lemme introduce you to my favorite family!

The following blocks are from the first
Ghastlies Gallery quilt I made in 2013.
You can click here to see that post! 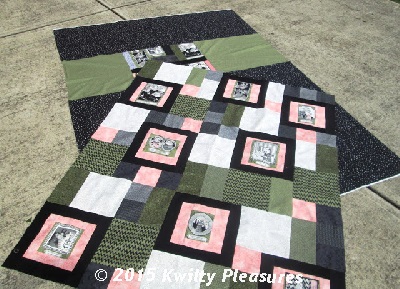 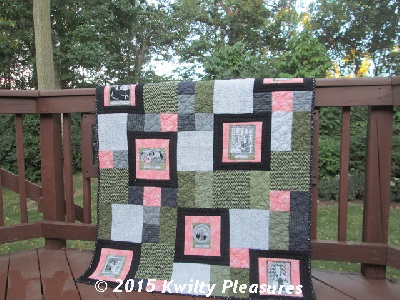 I hope your Halloween includes some
GHASTLINESS!

Wait til you see my Orange Ghastliness!

Criminal Minds is my ALL TIME favorite TV series.
There is something about the people in the FBI
Behavioral Analysis Unit (BAU)
who have drawn me in and has kept me watching
since the first episode aired Sept 22, 2005

I saw this swap on IG "after" it had been closed.

After much pleading and perhaps
some criminal activity with @bendigolioness
the swap mama...this "unsub" 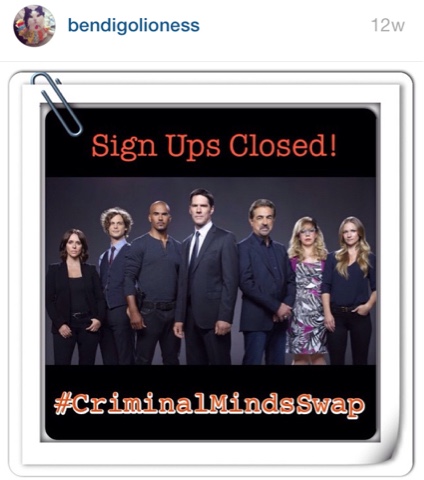 @Quilty_jojo, Joy Cochran was my partner
and she loves Derek Morgan...(Shemar Moore)
ahhhh...what's not to love?

Joy asked for something small to put in her work area.
She also said she would love any of Derek's quotes
that contained... 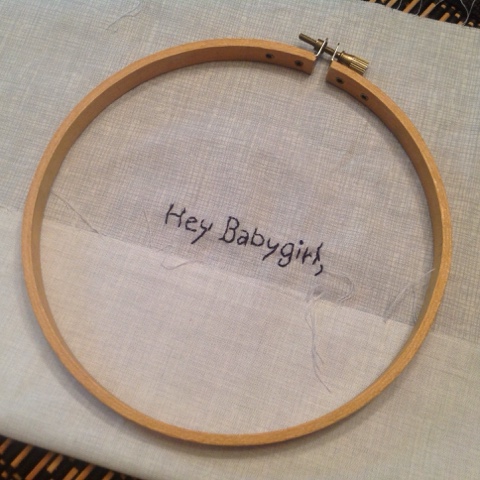 After many years of not touching hand embroidery
I gave it a go.... 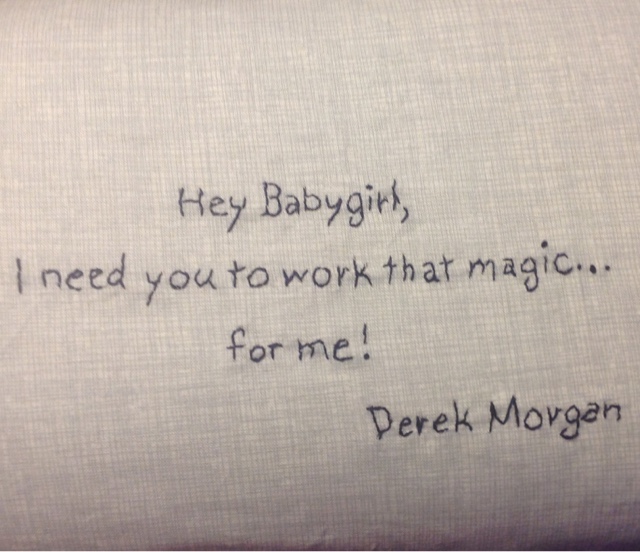 Well I was a techie gal when I worked
and I luv Penelope Garcia (Kristin Vangsness)
Derek and Garcia...
have a unique hot, flirty relationship on the show!
I found some fun "Garcia-like" items 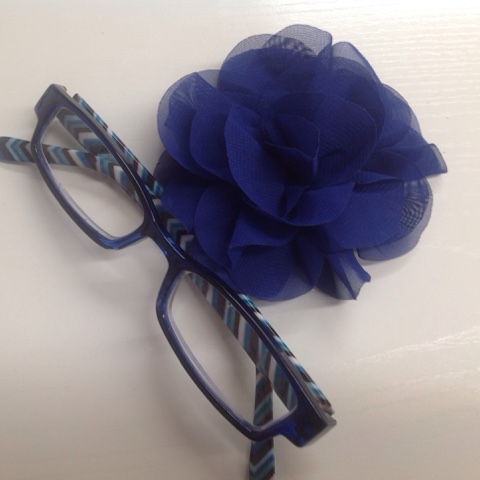 and attached them to the finished hoop!
A coordinating ribbon finished it all off! 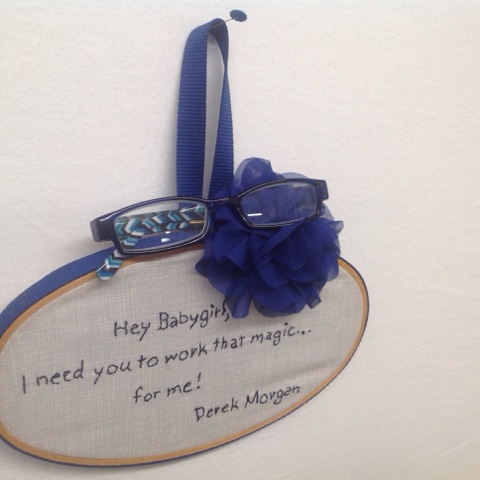 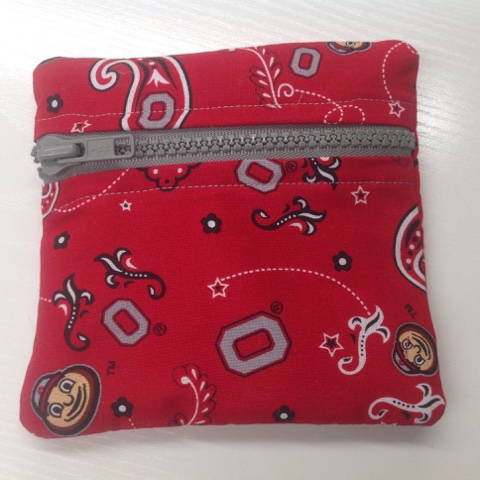 Other extras includes black licorice (she loves)
and a sweet pincushion! 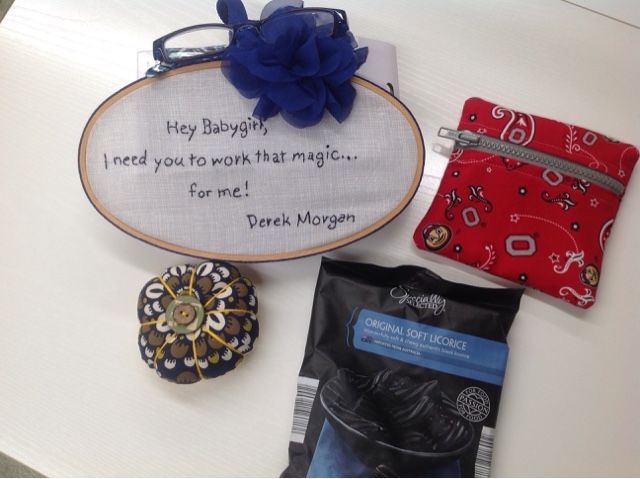 Season 11 premiered September 30, 2015
I hope you join me this season and
let you mind go CRIMINAL! What is your favorite TV series?