Just because you think you are ahead of the game...
does NOT mean you are!  Here it is August..
I have finished a kwilt for the 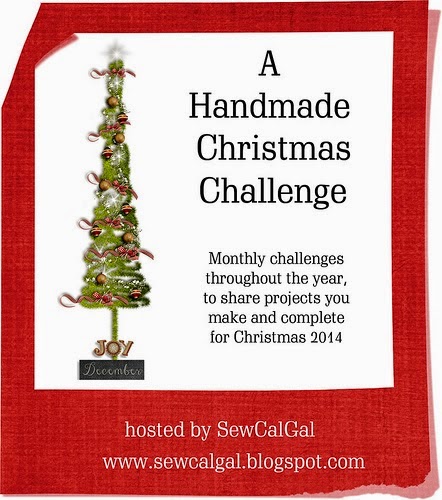 "BLIITZEN" (Moda fabric - Basic Grey)
had been sitting in my stash for sometime.
I decided it would be the fabrics to make a
"MODERN" Christmas/Winter kwilt...for my house! 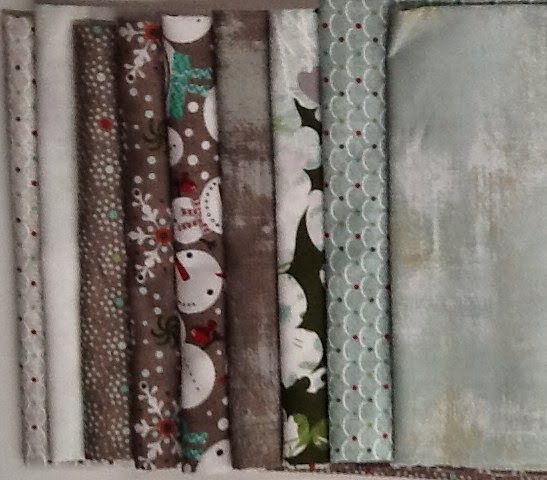 I used the Turning 20 pattern (quick and easy)
and loaded it on a long arm to kwilt. In just over a couple hours
the kwilting was all done right?
NOT! 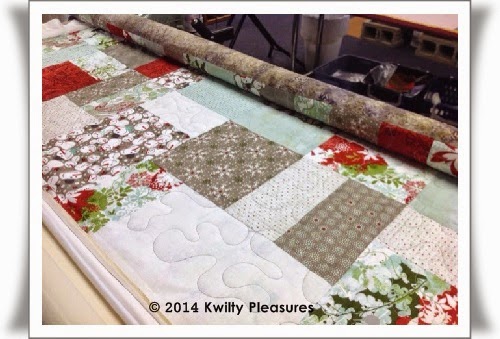 As I began to sew down the binding a nightmare unfolded!
The thread on the back, over more than half the kwilt, was a tension mess!
(even though I had checked it a couple times while on the long arm)
There were railroad tracks to hell!
I had thread demons that I was NOT going to put up with!

I re-pinned the entire kwilt, and a section at a time,
ripped out the stitches and began to re-kwilt on my Bernina.

THEN - I had to take Ber-nee-nee into the shop
cause she seemed possessed with the same thread demons!!!

But in the end...I drove out those thread demons
and she is finally finished! 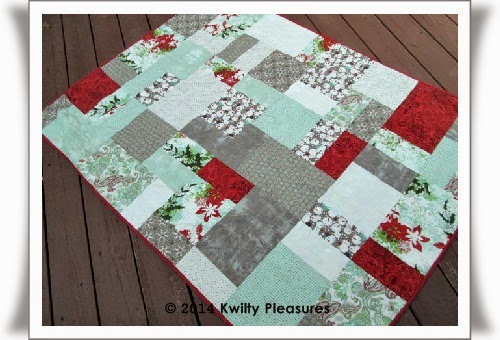 Ripping out the kwilting made me slow down
and I found it very therapeutic
Things do happen for a reason.
I had been working like a maniac
on many projects and this demonic episode...
forced me to slow down.

The backing has some batiks cause that was in my stash. 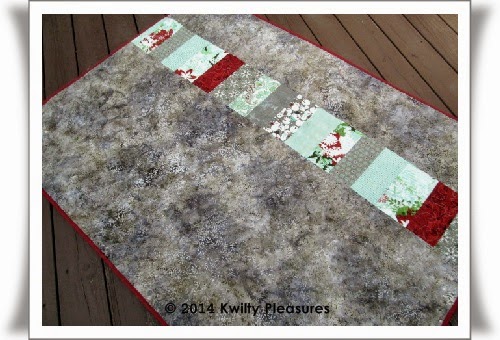 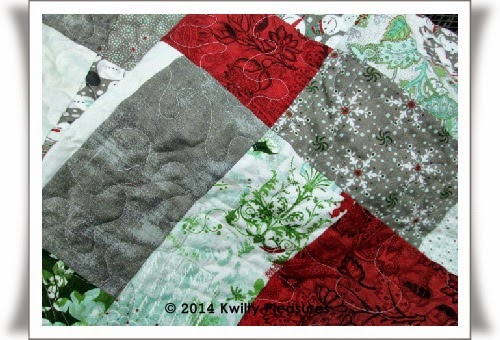 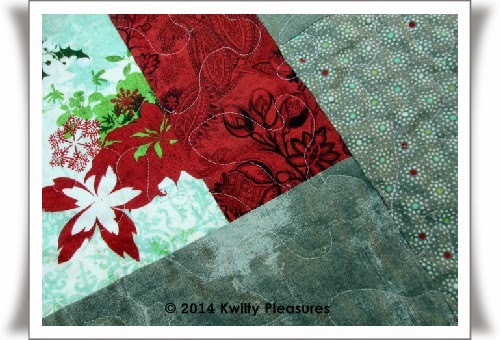 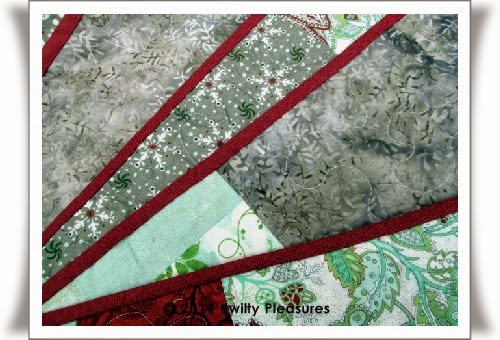 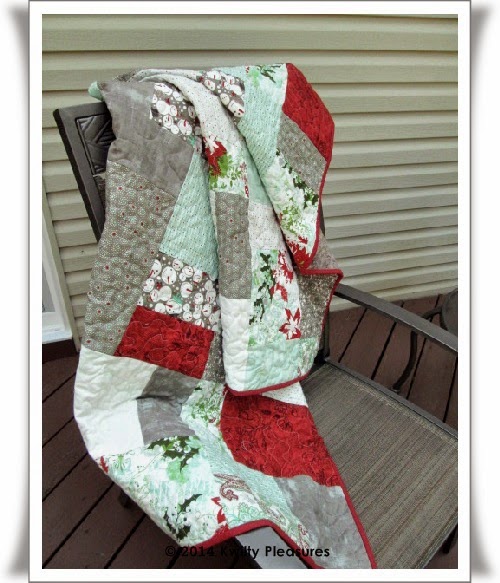 My DH likes it!
Isn't he just too cute with his snowman kwilt! 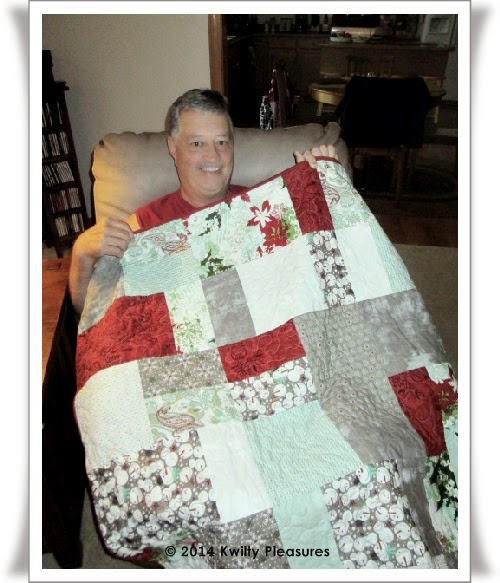 Don't forget you can join in the Handmade Christmas...anytime. 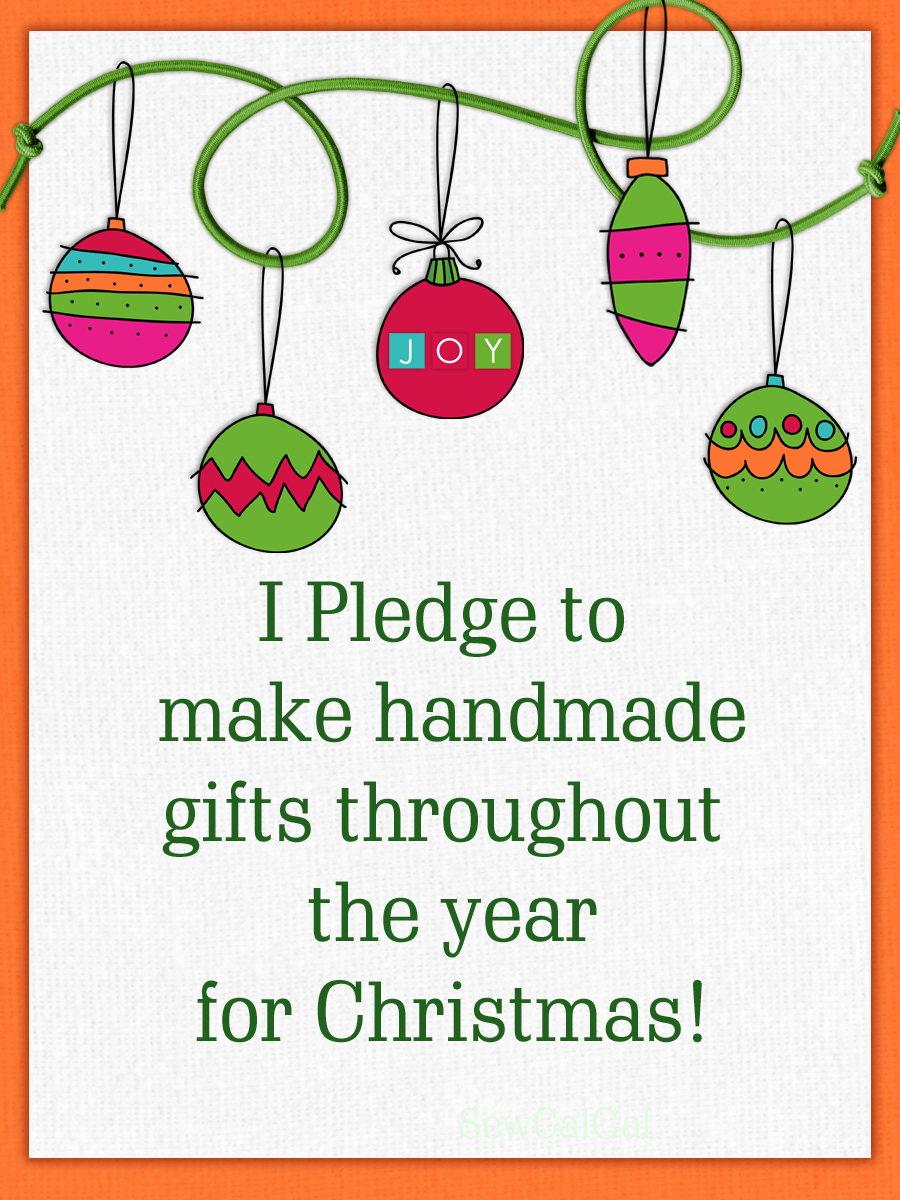